A stroke, often medically termed a CVA (cerebrovascular accident), may be due to underlying cardiovascular disease affecting the blood supply to the brain. Where a blockage or a rupture occurs in an cerebral artery, blood flow beyond that point is restricted and a part of the brain becomes ‘ischaemic’ being oxygen and nutrient-deficient and can die. The consequences of this depend on the location of the CVA in the brain and it can affect the senses, body movement, speech, thought patterns and memory. There is often paralysis and the inability to verbalise thoughts.

A TIA (transient ischaemic attack) causes symptoms similar to that of a stroke (often termed a mini-stroke) but symptoms last less than 24 hours and occur due to a temporary lack of blood to a part of the brain. Quite often these are due to a small blood clot that occurs in the brain, but then breaks up quickly or other local arteries are able to compensate and then blood flow is quickly restored. They may be a pre-cursor to a stroke.

As with coronary vascular disease, blockages in the cerebral arteries may be due to a thrombus (blood clot), an embolus (an undissolved mass of material such as a fat globule from atheroma) or from atherosclerosis itself, where the cerebral artery has become narrowed and damaged. In the case of a rupture or a haemorrhage, there is blood loss from either one of the cerebral arteries or from one of the brain’s surface vessels which then leaks blood into the space between the brain and the skull (this is termed a subarachnoid haemorrhage). Brain haemorrhages are often caused by an aneurysm (where there is a weak spot in the wall of a vessel which balloons out and then bursts) and they are often caused by hypertension or atherosclerotic damage to the artery wall. 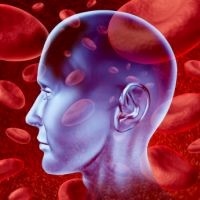 If you SUSPECT A STROKE? Act FAST…..

According to the guidelines from the Stroke Association, use their FAST analysis…..this requires analysis of three specific stroke symptoms….

Any cookies that may not be particularly necessary for the website to function and is used specifically to collect user personal data via analytics, ads, other embedded contents are termed as non-necessary cookies. It is mandatory to procure user consent prior to running these cookies on your website.

Every effort has been made to ensure that the information provided on the website is accurate, complete and up-to-date, but no guarantee is made to that effect. The material does not endorse treatments, diagnose patients or recommend therapy. The information is a reference resource and not a substitute for the expertise, skill, knowledge and judgement of a healthcare practitioner. Dr Appleby/YCS does not assume any responsibility for any aspect of healthcare administered with the aid of materials provided. If you have any questions about your treatment, please consult with your specialist.